This tea towel must have been made with me in mind!
I love it, and framed it for Christmastime! :o)

Merry Christmas!  It’s that time of year again:  glittering Christmas decorations, a toasty fire in the fireplace, the retelling of that amazing first Christmas, Christmas goodies galore, and last, but not least, the holiday movie watching Merry-thon!

It Happened on 5th Avenue

I have quite a collection of Christmas DVD’s, many of them of the classic variety.  Among one of my classic favorites, is a gem that I discovered just a few years ago,
It Happened on 5th Avenue. 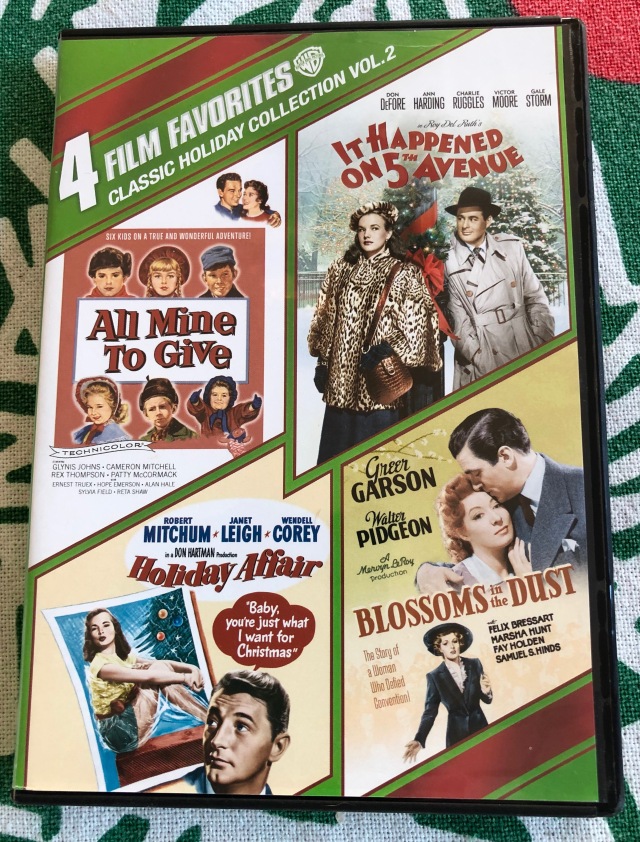 My DVD copy of It Happened on 5th Avenue, along
with another of my holiday favorites, Holiday Affair.

I enthusiastically described this film in my December 2017 post-
Don DeFore (He grew up in Iowa like me!) stars as Jim, a post-war veteran in need of housing in a crowded New York City.  Upon a chance meeting, McKeever (Victor Moore), invites Jim to room with him. Jim finds himself living in a boarded up mansion, others soon joining them.  Little does Jim know, that one of his fellow residents is the actual owner of the home, living incognito.

This film has just what the holiday season ordered, with a sweet (but never saccharine), often humorous holiday story, complete with a wonderful cast. It’s just plain fun to watch, and its sure to leave a smile on your face!

If you are a “baby boomer’, Don DeFore, of It Happened on 5th Avenue, may be more familiar to you as George Baxter/Mr. B from the 1960’s TV show Hazel. He starred before  that as Thorny in the 1950’s The Adventures of Ozzie and Harriet. (The latter was before my time. :o)) Prior to DeFore’s television career, he starred in a slew of films, including two more of my favorites, Romance on the High Seas, and The Male Animal.

The cover from my Hazel DVD set.

The Miracle of Internet

Several years ago, having discovered It Happened on 5th Avenue, and knowing that DeFore was an Iowa native, I began researching his life.  My search brought me to the Don DeFore Fan Club on Facebook, and the Don DeFore web site, both overseen by Don’s son, Ron.

It was through this site, that I learned that DeFore led a very full and interesting life. He was the father of five, married for 51 years, until his death in 1993. (Judy Garland was matron of honor at his wedding!). In addition to DeFore’s acting career, and serving as president of the National Academy of Television Arts and Sciences, he was friends with Walt Disney (and other celebrities, such as good friend, Ronald Reagan), and was owner of Disneyland’s Don DeFore’s Silver Banjo Barbecue restaurant for five years.

Recently, I reached out to Ron about his father’s classic Christmas movie, It Happened on 5th Avenue. Through the miracle of the Internet, Ron generously replied to my various emails filled with questions, and even sent me these two rare, and possibly never before published, photos below, to include in this blog post.  Thank you, Ron!

Don DeFore and Gale Storm, both of who starred in It Happened on 5th Avenue, at a 1951 “box social” fundraiser for the Village Church of Westwood.

Don DeFore and Gail Storm at the “box social” fundraiser.
Approximately 800 attended this event, many who were celebrities,
dressed in costumes provided by Paramount Studios.

To view a short video of this box social, click here.

Did you know?
Little Known Film Facts; thanks Ron!

Did you know that Frank Capra, director of the Christmas classic, It’s a Wonderful Life, originally owned the It Happened on 5th Avenue story?  Capra sold the latter, not wanting to pay option money on it.

One of the three dogs used in It Happened on 5th Avenue as Sam, was given to Ron’s sister, Penny, by Weatherwax the dog trainer, after the film’s completion.  Having visited the set numerous times, Penny had “fallen in love” with the dog.

The money made in this film by Charles Ruggles (Michael J. O’Connor in the film), allowed him to build a new house in Brentwood.  At the time Brentwood was considered “out in the country”, but today Brentwood is home to many celebrities.

Whitey Temple is played by Alan Hale Jr., who would later go on to play the Skipper on Gilligan’s Island.

Ron DeFore has been busy! He has written a book. Growing up in Disneyland, is scheduled to be released July 15, 2019.  Ron describes his book as “both a biography of my Dad’s career, and autobiography of my life growing up in a celebrity family, and my wild and crazy life filled with nearly 20 careers”.

I can not wait to read it!  As of now, there are scheduled book signings for Ron in Anaheim, CA at the Disneyana Fan Club convention, and the National Press Club in Washington, D.C.  I will attempt to keep you posted of other upcoming signing events.  I also hope to do another blog post in June, about Ron’s upcoming book.

Click here, to read an interesting article by Ron, from several years ago entitled,
Growing up in Disneyland.

Click here to check out the Don DeFore web site.

Read about other classic Christmas movies  in my previous blog posts.
Click on the blog title.

Counting the Days till Christmas–December 6, 2013

In It Happened on 5th Avenue, slumgullion is a dish that is prepared by the house’s “cook”, Mary O’Connor (played by Ann Harding). It is described as “a kind of an Irish stew”.  Various dictionaries define slumgullion as a meat stew, or a cheap stew. After perusing the various recipes that I found online for slumgullion, I found that most were basically a beef stew with macaroni  added, usually containing tomatoes in the mix. So, I chose a recipe that miners in Colorado once prepared, featured on the Colorado Geological Survey site here, and another photo of it here, as my spring board.

Ingredients needed to make your own slumgullion. 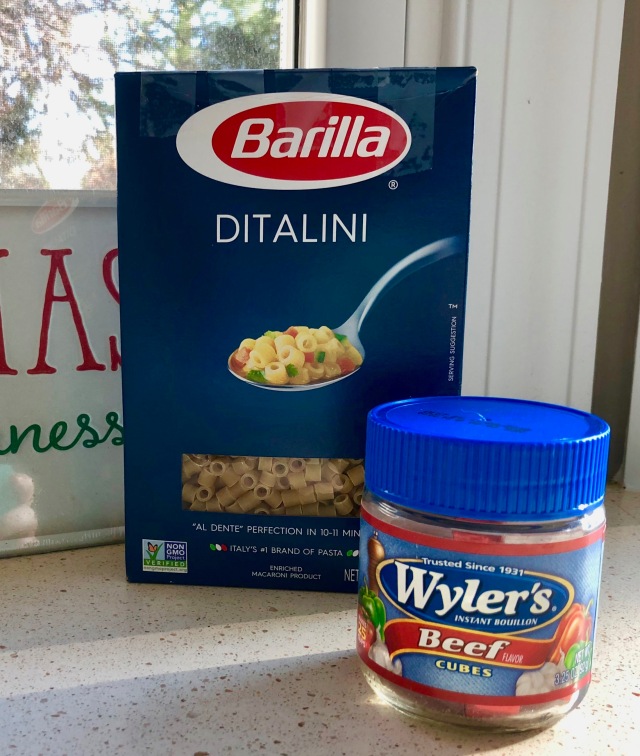 The original recipes that I saw, did not call for the beef bouillon,
but I felt that it was needed to enhance the flavor.
I also thought that regular elbow macaroni, called for in most slumgullion recipes,
is too large, and would over-power the stew, so I went with the smaller ditalini style of pasta.

I really enjoyed this stew with the funny name!  :o)

1 onion, chopped, or sliced
(I chopped mine.)

Dried thyme to taste, about 1/2-1 teaspoon
(not the ground variety)

Salt and Pepper, to taste

Mix together 2 Tablespoons of flour with 1/4 cup water until a smooth “paste”
Stir into stew mixture.
Cook for an additional 5-10 minutes, or until stew is thickened.

Annette’s note-This slumgullion was good, and even better the second day!  Yum!

My daughter and I created these printables for my 2014 blog post,
Christmas in Black and White. 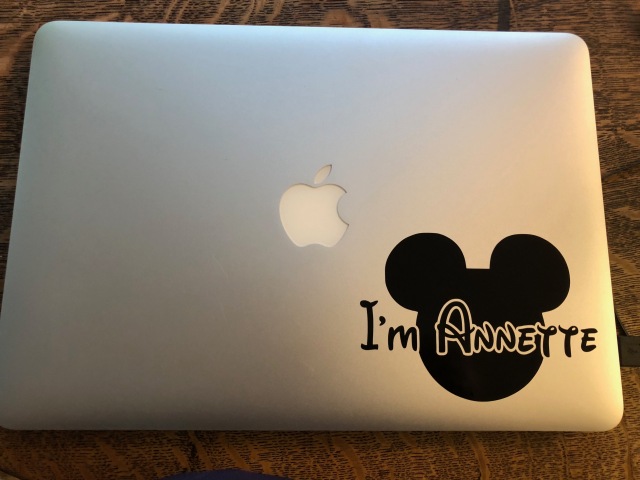 I usually post my blog once per month.
Look for my next blog post on, or around,
Thursday, January 17, 2019

Thank you, my readers!  I would love to hear your kind comments!
Please post yours positive thoughts in my comment section.

Want to be an I’m Annette follower?  It’s easy!!! It’s fun!!! It’s fr!!!!
Yes, receive my blog via email, FREE,(yes, I said FREE), immediately upon posting.
Sign up now, on the right-hand side of this page, or click here.