At the London Eye chatting with “David Beckham”
January 2013

Bobbies on bicycles, two by two,

The rosy red cheeks of the little children…

Lyrics from the song “England Swings”

Don’t get me wrong; my education from the Ames Community School District of Ames, Iowa, was excellent, truly excellent.
(Except for their misdirected, though well intentioned, decision to teach arithmetic via the “new math” method in the 1960’s, but that’s another story.  http://en.wikipedia.org/wiki/New_Math ,  http://www.gocomics.com/peanuts/2012/10/02#.UnsPaJHc_wI)

But despite such educational advantages, my early mental images of London were mostly formed through the influence of Roger Miller’s catchy ditty “England Swings” and TV sitcom’s The Beverly Hillbillies’ visit to London in season six,(http://www.youtube.com/watch?v=uD6DmCYjXXk) not from school lessons and textbooks. Yep, sorry teachers (As once one of you, I feel your pain.), but the media can impact more quickly and deeply than a laboriously well-planned, thought-out, multi-paged lesson plan. Over this past year and a half, I have had the opportunity to match the reality of London to my mental “canned” version.  I am happy to say, that some of that version was actually correct, but there is so much more!

Though far from being Rick Steves, travel expert and host of the show Rick Steves’ Europe                    (http://www.youtube.com/watch?v=l5GKDUK0cLk), I have been blessed with the privilege of traveling on a few occasions to London, the land of the Union Jack. (…once for fun, but mostly due to my hubby’s work.) London is a great city, and to paraphrase my daughter, “I liked Paris, but I loved London!” I invite you to join me on a leisurely pictorial tour of London, as I revisit some of my favorite spots. (in no particular order. :o)) 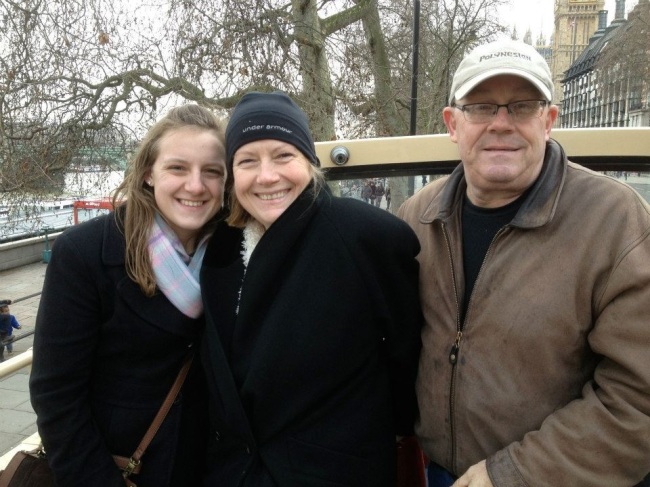 Starting out our visit to London by enjoying a tour via a double decker bus tour.
This was a great overview of London, and helped familiarize us with the city.
Big Ben is visible just over Dale’s shoulder.
January 2013

The always-impressive Big Ben, with the Union Jack flags flying proudly
(…or as Roger Miller calls it, the Tower Big Ben)

Big Ben in the evening
January 2013 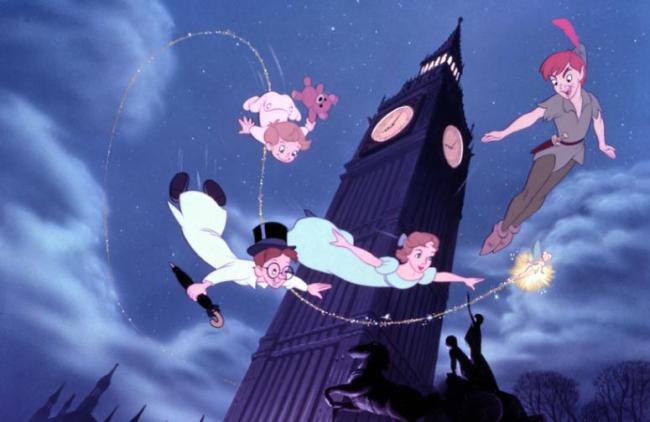 Paddington Bear is famous from the children’s books by Michael Bond.
We like to stay at the convenient Paddington Hilton located just beyond this statue.
January 2013 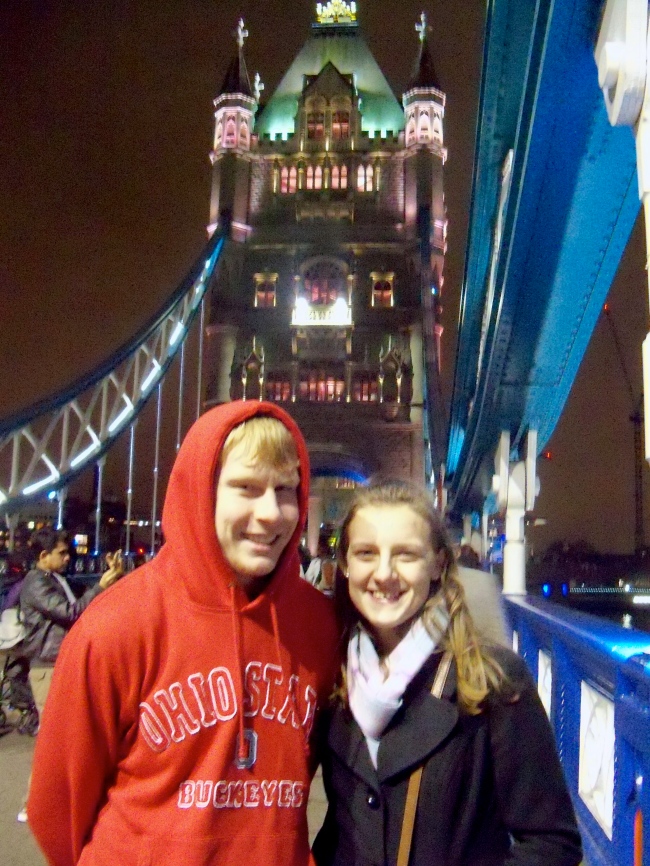 Chandler and Martese, our son and daughter, on the Tower Bridge at night
January 2013

A quick photo with the local “Bobbies”/British Police
in Piccadilly Circus
(…although, not on bicycles as Roger Miller described)

Not actually a Ringling Brother’s type circus, the term comes from the Latin origin of circus, meaning, “circle”
due to the traffic roundabout situated there.
Piccadilly Circus is similar to New York City’s Time Square area.
http://en.wikipedia.org/wiki/Piccadilly_Circus
January 2013

We were surprised at just how long this “changing” took.
It took more than the thirty minutes suggested in our guide books.
January 2013

Near the Tube/Underground station, London’s subway

Me, outside of Harrods’s, after a nice lunch and a little shopping.
Note the British taxis to the right of the photo.
September 2013

Martese and Chandler on the Tube/Underground
January 2013

Me, having just gotten off the Tube/Underground (London Subway)

I am headed down the escalator outside
in a much different manor than Daniel Craig / James Bond in the movie “Skyfall”!
September 2013

When in London, Harrods is a must!
January 2013

Shopping and lunch at Harrods with Chandler, Martese,
and Dale (taking the photo).

We were surprised at the variety of dining choices at Harrods.
January 2013 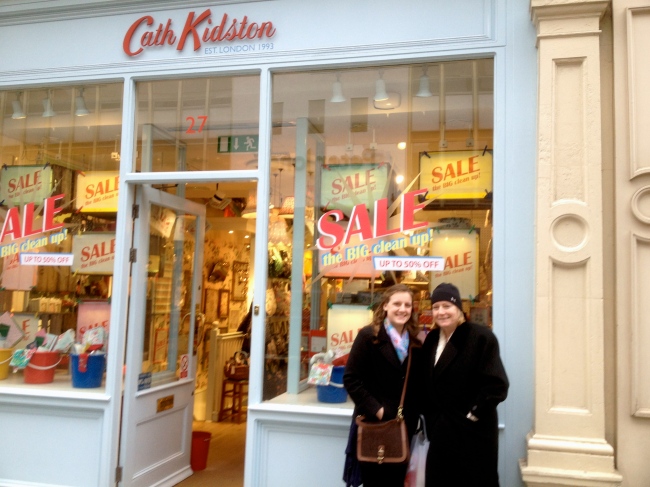 Martese and I love shopping at the UK’s Cath Kidston, too!
January 2013 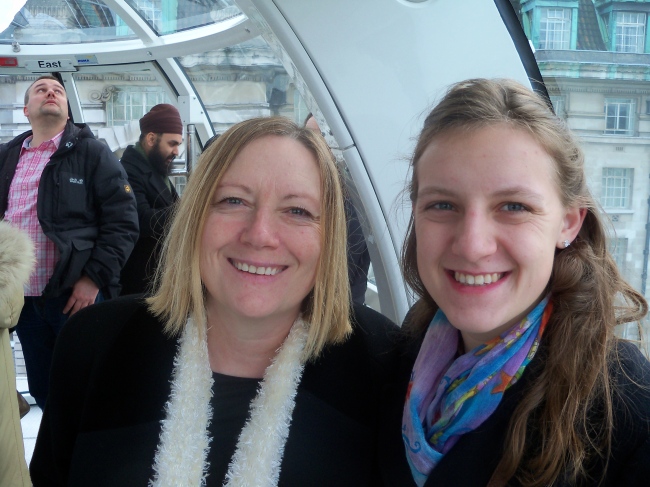 With daughter, Martese, aboard the London Eye

Admittedly, I was apprehensive about going, at first,
as I am not a fan of heights.
It was fun, not scary, and afforded us a wonderful view.
January 2013

Chandler, on the London Eye
January 2013 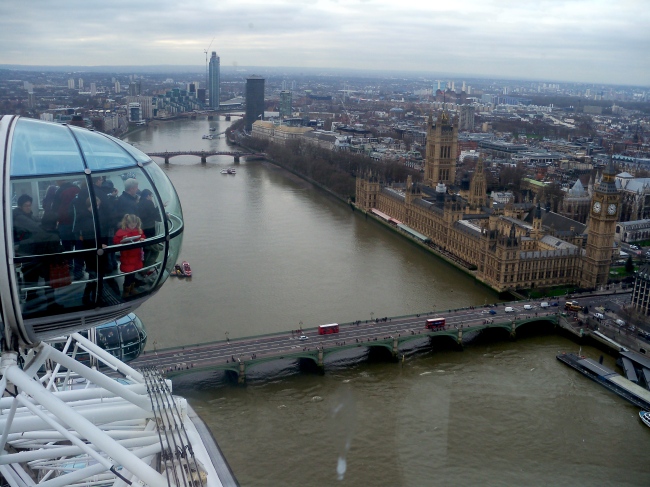 A view of Parliament, Big Ben, London from the London Eye
January 2013

The London Eye along the south bank of the River Thames

When built in 1999, it was the tallest Ferris wheel in the world
at 443 feet tall.
http://en.wikipedia.org/wiki/London_Eye
January 2013 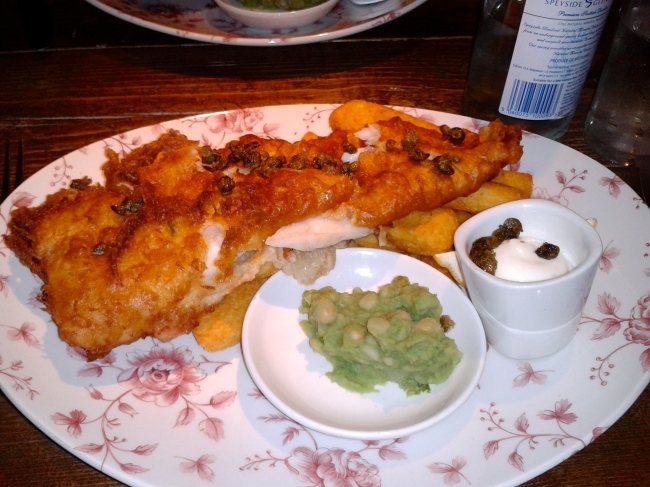 No trip to London would be complete without fish & chips (fries)
and mushy peas,…
January 2013

Thank you for allowing me to share my London photos and memories with you.

I believe that it is time for me to say good-bye, and prepare myself “a spot of tea”.  :o)

I attempt to post my blog weekly on, or around, each Monday.

To join my blog “following”, and receive “I’m Annette” via email, FREE, immediately upon posting, please sign up on the right-hand side of this page.