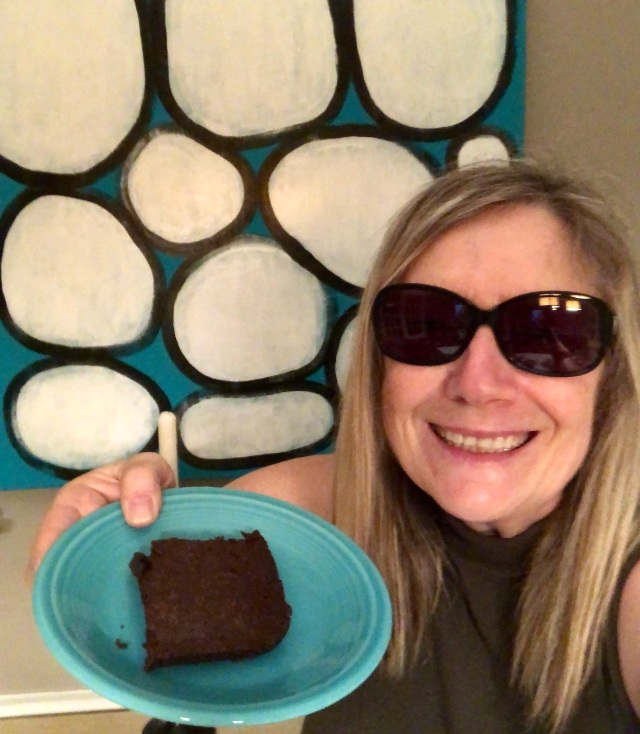 Chocolate brownies and classic movie stars have the leads in today’s blog post.  What’s not to like about this tantalizing duo, right? Today’s brownie recipe originated with screen legend, Katharine Hepburn. But before we find ourselves surrounded by these brownies of chocolate yumminess, please, allow me to regale you with a story of old…

I loved the historic Hollywood Costume exhibition in Los Angeles,
presented by the Academy and London’s Victoria and Albert Museum,
February 2015

Do you remember the first movie that you ever saw in a theatre?  I do!
I was five, and spending the week with my grandparents. They took me to see Disney’s
Son of Flubber (1963) [the sequel to The Absent-minded Professor (1961)], starring
Fred MacMurray.  I was completely carried away by this family sci-fi fantasy, complete with Flubbergas and crazy college football players.  Thus, began my love of the movies (and television), especially the classic variety. 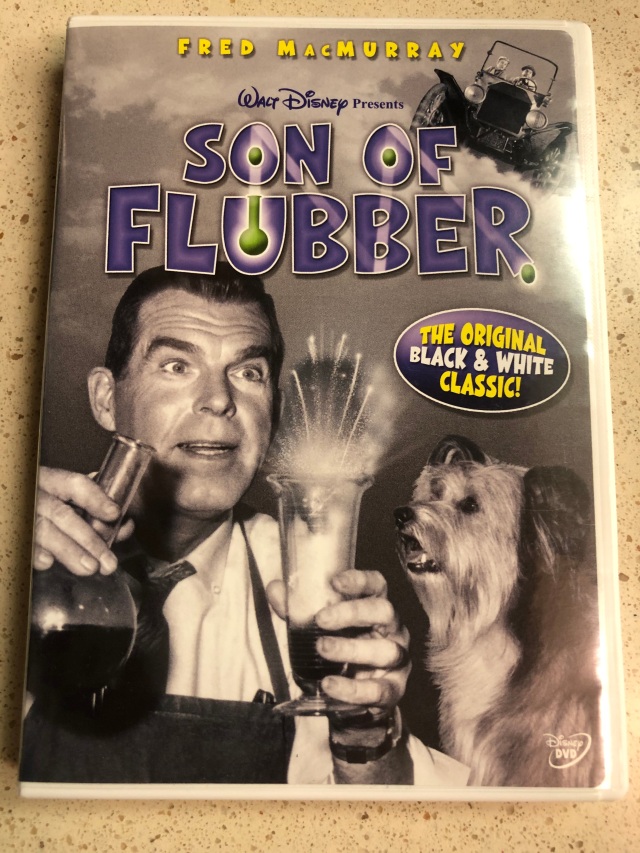 My first movie viewing in a theatre was of Disney’s
Son of Flubber (1963), starring Fred MacMurray.
(Isn’t Charlie, the dog, cute?)

As a child, I came to love the glamour and beauty of the actors and actresses upon the screen, clad in various costumes, shown in an array of locales, and accompanied by magical stories. I became enamored with Hollywood’s charm.  My young self (We are talking around second grade, here.) was also drawn to the amazingly good looks of many of the leading men in the movies/TV, and resulted in my first childhood crushes.  Batman/Adam West, Gilligan’s Island’s The Professor/ Russell Johnson, and Elvis Presley caught my young eye. To this day, I love classic movie and TV, and am still a fan of the trio above. :o) 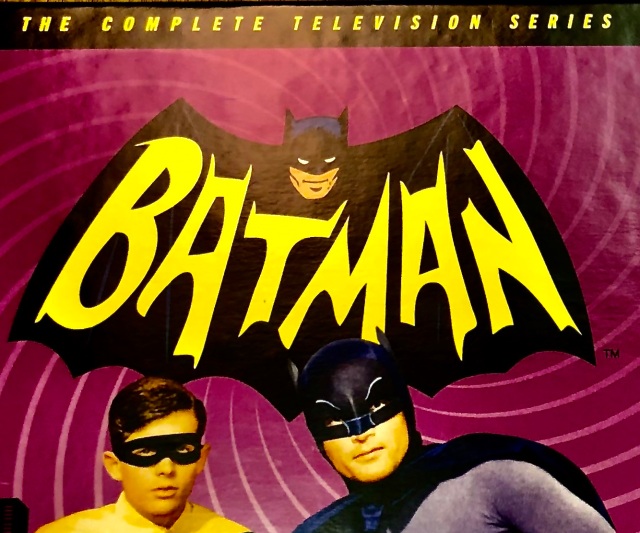 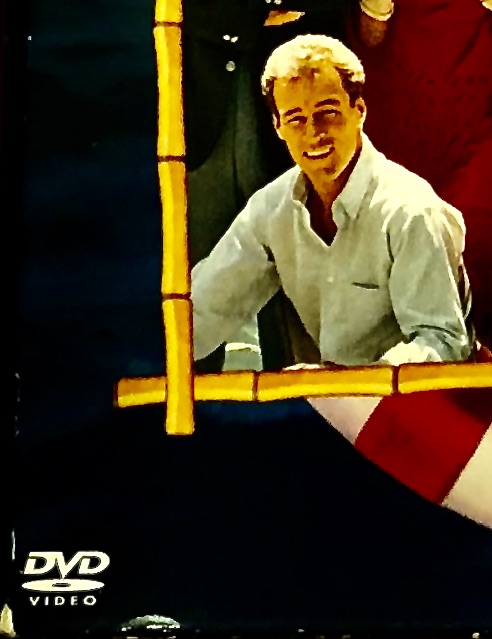 My early childhood crushes were Batman/Adam West,
Gilligan Island’s The Professor/ Russell Johnson, and Elvis Presley.
(See the “Elvis” at the bottom of this post.)

Katharine Hepburn in the Movies

I am partial to comedies, and lighter-fare, and all four of these classics are enjoyably entertaining. (The second and third on this list, are currently streaming on HBO Max.)
If you decide to watch one of these movie gems, let me know what you think in the comments! 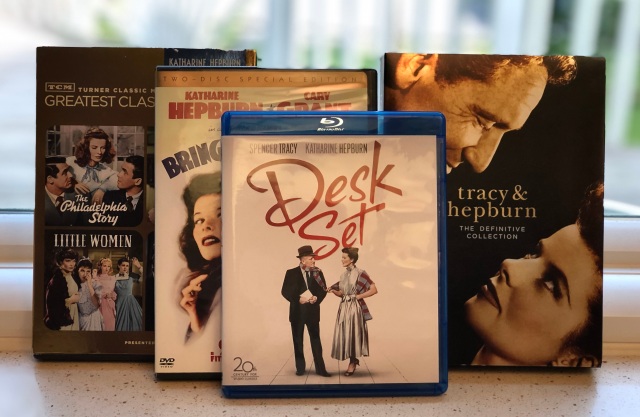 Katharine Hepburn in the Kitchen

According to a PBS article, here, Katharine Hepburn’s brownie recipe originally appeared in a 2003 article in the New York Times.  The recipe comes from a family friend, who had once presented Hepburn with a batch of their own brownies.  Upon tasting them, the star remarked that the gifted brownies were made with too much flour, and proceeded to give the friend her own brownie recipe.  That recipe is below. 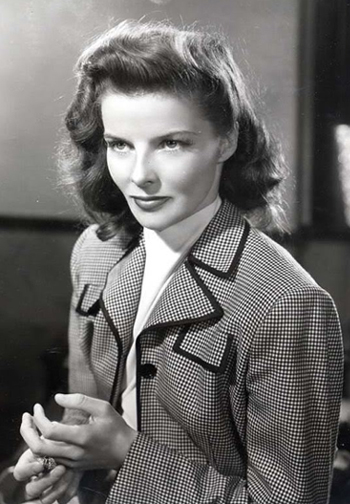 Melt butter with the cocoa in a heavy saucepan over medium-low,
whisking constantly till blended.

Remove from heat and stir in the sugar.
Whisk in the eggs and vanilla.

Pour into a buttered 8-inch square baking pan. (Mine is glass.)

Bake at 325 degrees for about 35-40 minutes till a toothpick inserted in the center comes out clean.

Cool completely and cut into squares.

Fresh From the Oven

As much as I enjoyed Katharine Hepburn’s brownies, and the various others that I have made over the years (see those below), my favorite brownies continue to be
Ghirardelli’s Dark Chocolate Brownies.  I have baked these from scratch in the past,
but to be honest, the mix-made brownies tastes just as good as those made from scratch, and are a whole lot easier.  I top these brownies with a half batch of my
Aunt Liz’s Glossy Chocolate Frosting.  The recipe for this frosting is here. 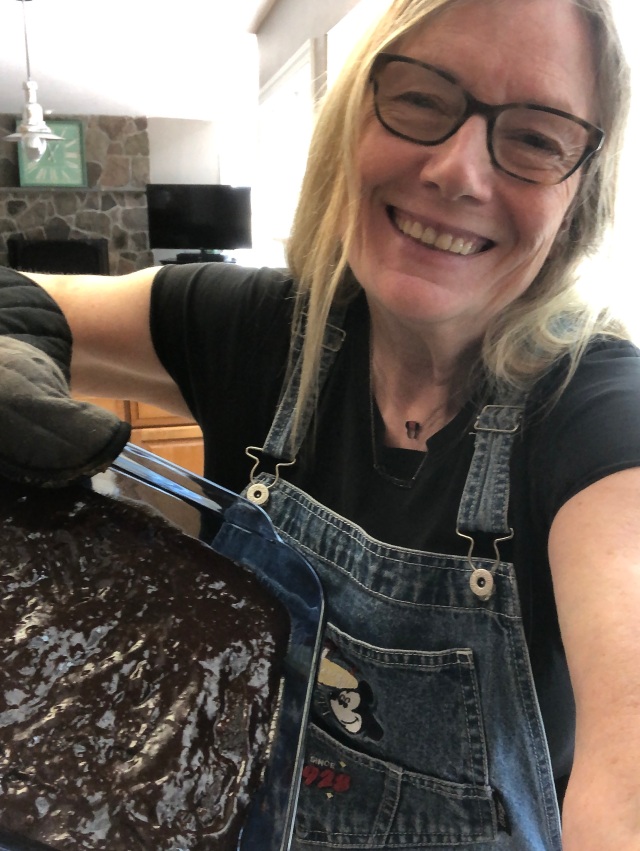 I love these brownies!

My favorite brownies continue to be these
Ghirardelli’s Dark Chocolate Brownies.

Sharing things that have put a smile on my face. :o)

One of the many joys of being a grandparent/gammy are the occasional portraits that they create of you!  :o)

I love these portraits that my granddaughters created!!!

Other Related Posts, including Brownie Recipes from Previous Posts

Lobsters and Clam Chowder and Birthday Cakes, Oh My!, May 2019, here.
This recipe is similar to the Katharine Hepburn recipe (above),
except Hepburn’s uses unsalted butter and 1/2 cup cocoa,
instead of the regular butter and 2 squares of unsweetened chocolate
that are called for in this Cape Cod variety. 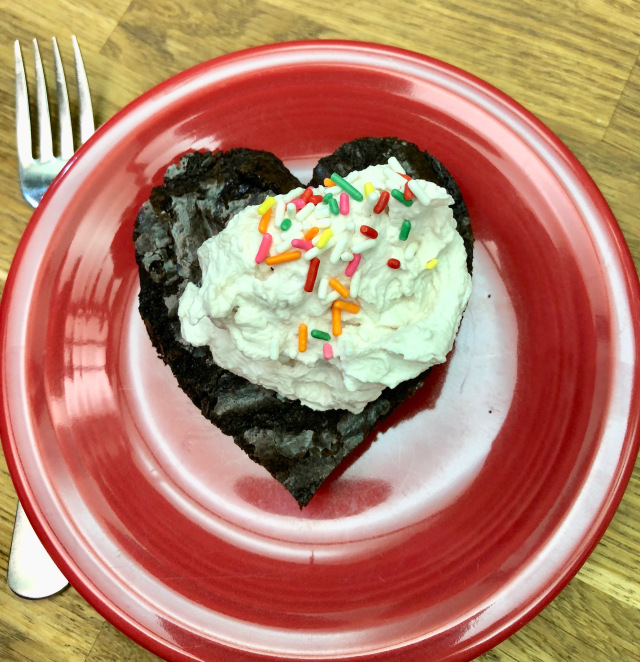 Chicken and Dumplings & Ma and Pa Kettle, September 2014, here.
This post includes my aunt’s recipe for the perfect brownie frosting. 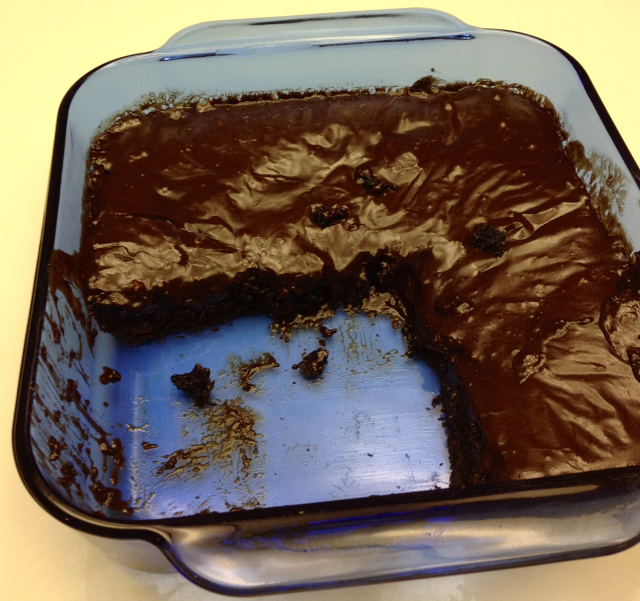 May your days be blessed, and your taste buds happy!
Thank you for reading! 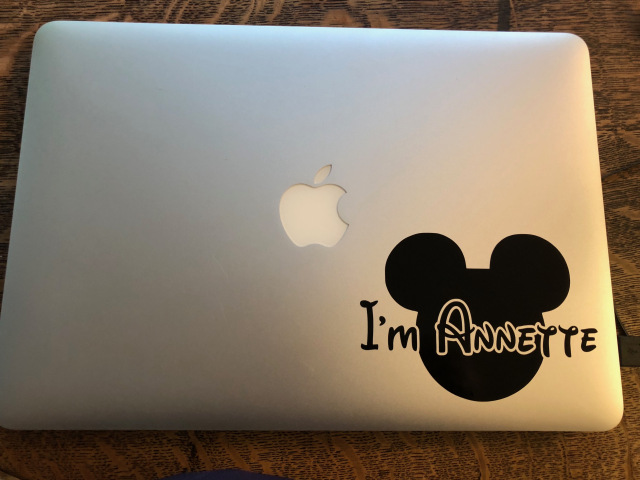 Get I’m Annette in you Inbox!

If you are receiving this blog via email, and if some of the photos do not come through clearly, please click on imannette.net, or click here to refresh the post.

Check Out Past Blog Posts

To enjoy any, or all, of my past blog posts and photos, click here, or go to imannette.net, selecting the posts that you desire to see in the Recent Posts,
or you can “search” a topic in the Archives sections, in the upper right-hand side.
I have been blogging since 2013, so there are plenty of posts to choose from!

Just like archaeologist Indiana Jones (Raiders of the Lost Ark), I recently “excavated” this concert ticket from a box of personal memorabilia.

Read more about that memorable concert, and Elvis, here.